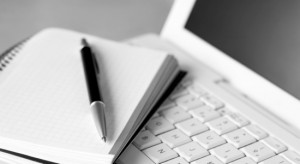 Everyone who has tried their hand at writing will at some point I believe, come to a time where their interest starts to wane. Not necessarily because they are losing their edge, but because either the project is taking longer than they expected, or something else comes along that takes priority, something like that.

For me, it is my English degree, day job and family commitments. Now I would like to point out that these are not problems in my life. Far from it; I love my family and I decided that I wanted to do the degree. The job is a no-brainer. But there are times when I realise that I have not written for quite a while, and I have lost directon somewhat. (The time between this post and the last should stand testament to that!)

But then, every so-often something comes along that recharges my belief in myself and what I am trying to achieve. In this case, it is The Rules of Wealth by Richard Templar. It’s one of those typical self-help books, that in my cynical youth I would routinely turn my nose up at. But maybe it’s because I’m getting older, or I am willing to take things on more than faith alone that I have started to read these books.

There is not much in there that I didn’t already know, but sometimes having someone spell it out for me in black and white can help the fog to clear. It made me realise that I am writing because I want to move onto something better. I want to beat the nine-to-five rat-race. I love the idea of making my own money and doing it from a coffee house with a laptop.

Children of the Village book 2 is on the way, and now with renewed vigour!