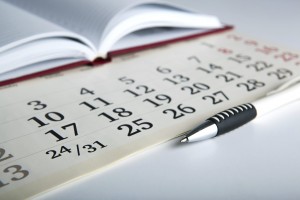 My God, has it really been that long since I last posted anything on here?

In the run up to Christmas two years ago, I made a proclamation. I stated that ‘2018 is going to me my year.’ i was convinced that this would be the time when things would really start picking up for me. Three weeks later, everything went wrong, starting with the announcement that I was going to be the subject of divorce proceedings. That was quite possibly the most devastating news of my life. The year that was going to be the making of me was damn near the year that broke me. I was working part-time, still only just over half way through my degree and now having to find a new home and completely re-evaluate my life from the ground up. I withdrew from virtually everything because I am that most unique of beings; someone who does not feel the need to share everything personal on a social platform of some description. This is the short version of the tale. The long version would have the vast majority of people Googling how to tie a noose.

Two years on, and things are now starting to look up! This is basically a very round about way of saying that I am fully aware that I have not been doing anything towards fulfilling my dream of becoming a writer. I consciously took an entire year off everything that was not essential. I stopped going to karate, I decided that writing would need to take a back seat. I had a problem with the registration of my final degree module and was forced to leave it until 2019 (as it turns out, this was a God-send in the grand scheme of things…) I only visited my closest friends occasionally. I needed to get my head together.

Well now, it is – and everything is clicking into place. Come summer, the degree will be finished, and I am planning to write like a demon. It is a great method of escape that is gratefully embraced right now. Life is still not perfect, but it is damn-well on the way. I am not going to make the same mistake of saying that this is going to be my year again though, because the first lightning strike was painful enough…!