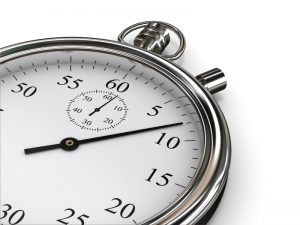 I had a very unique opportunity come my way recently – My son’s school decided that they would do what all schools seem to do at some point and bury a time capsule in the school grounds. They said that while not mandatory, each of the children from the class should bring in something to put into the time so that when it is opened again in 100 years, they would get an insight into what life was like in the early 21st century.

However, it seems that my little boy (who incidentally, is not that little anymore) has picked up one of my less enviable traits – he is a hoarder. We tried to find something, anything that he could put into the capsule, but everything that was suggested he suddenly grew very attached to. Even the lowliest toy car and as I recall, the cheap plastic innards of a Kinder Surprise.

Eventually, we decided that this was fruitless. But we did not want to send him to school with nothing. I looked through my bedside cupboard and discovered one of the books from my first print run. I said that he could take that to place in the box. I didn’t think much about it at the time, right up until I saw them place the book into the capsule just prior to burying it.

That’s when it dawned on me. Assuming that everything goes to plan, and that in 100 years time (providing either no-one has maliciously dug it up a JCB or that we as a species are still here a century from now) my book would be rediscovered and seen long after I have shuffled off this mortal existence.

I now feel that I owe it to myself, my kids and even my grand-kids to become a success. I would love for the rediscovery of my book to be a real event, something that we can be proud of!