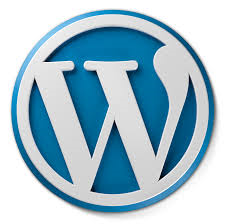 I love WordPress. What a great system!

In my younger years, I was a web designer. I worked for a company that specialised in online marketing, and my job was to ensure that the websites were up and running, looking as good as they possibly could. However, that was way back when, before the advent of HTML5 and SQL made everything dynamic and interactive. I think that it’s fair to say that I would not have a chance in designing or programming a modern website from scratch.

I did actually take web design courses that taught me how to code in HTML longhand, but I never understood the point. To me, that was like writing in Latin; a great skill, but virtually obsolete due to the advent of software such as Dreamweaver. That was my greatest tool.

Since then, I have moved out of the web design arena almost completely. Apart from a few personal projects and family orientated things, I do not have much (if anything) to do with how the internet looks anymore. But then I decided to go into self-publishing. Now, let’s not beat about the bush. One of the main reasons that I decided to go this route is because I do not have a massive budget that I can throw into marketing. But a decent, professional website is a must. I did actually start designing a website from the ground up, but this lasted… well, minutes. I had heard of content management systems in my previous job, and that this was the route that the modern website was taking. But these sounded expensive and complex. But I thought that I would do some research anyway.

I came up with a few options – one of which was to use ready-made solution like Blogger, but this just didn’t float my boat. While I could format my website a little, I could not shake the feeling that it was just in a massive blog pot with thousands of other clones. It’s worth noting that I did use this for another project, but that had a readership base of precisely zero.

Then there was Joomla. The first CMS that I discovered to be free. The problem was that setting it up turned out to be a headache, and it never looked very good. I gave up on this very quickly. I thought that I was going to have to bite the bullet and get it done professionally; but paying for something like this always feels like admitting defeat to me.

Shortly after, I discovered WordPress. It sold itself like something that was simply too good to be true. A five minute installation process, and single click/drag & drop customisation. All for free! Initially I was sceptical. But it said that all I needed was web space and a blank SQL database that it could use. Well, I have this as part and parcel of my broadband subscription, so I thought I would take the plunge.

I think I am understating when I say that I was impressed. It really was that easy! There was a little bit of securing and configuration to do, but it was explained perfectly in the installation instructions. I can update everything, and I can change the theme with 2 mouse clicks. It looks professional, and if I invest a little more learning time I could make it truly individual. But most importantly, I have a great base for the mammoth job of marketing my literary wares! I can’t recommend it enough. Thanks WordPress!